I have wanted to go to The Getty Center in Los Angeles since it opened in 1997. Since I was going to a friend's birthday in Culver City on Saturday night, it gave Anna and I the chance to stay the night and go on Sunday. After breakfast room service at our hotel, we drove up the 405 Freeway to Brentwood where we could see the white museum gleaming high on the hill. Parking in the garage at the bottom, we took the electric tram up to the Arrival Plaza. 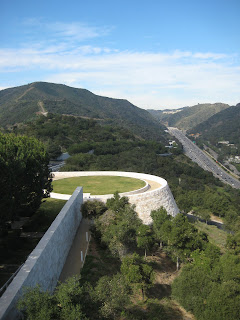 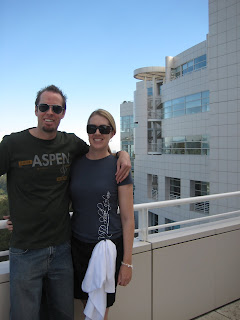 When we first arrived, Anna and I joined the Architecture Tour. Our guide led us through the less crowded areas on the north end between the Auditorium and the two administration buildings. We learned that the architect, Richard Meier, used the hill's natural ridges in his design of the center. She described how he repeatedly used a motif of three foot squares with the travertine limestone and other building materials to represent the area of personal space one normally desires. Originally planned to be built for a few hundred million dollars, it grew to 1.3 billion before it was finished. The main museum with its five connecting pavilions are separated from the Research Institute and the main restaurant by the Arrival Plaza and Central Gardens, but all of the buildings connect underground. 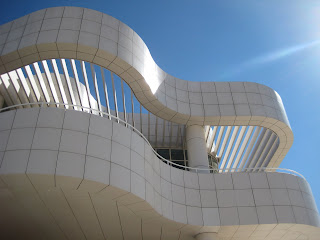 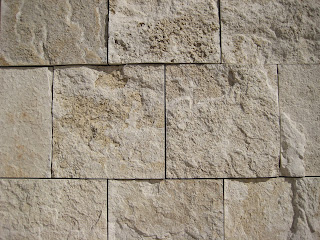 After eating a snack at the Garden Terrace Cafe with it's beautiful views, we explored the exhibition of photography from the mid-1800s by Felice Beato. One of the earliest photographers of Asia during British Colonial times. He was also one of the first war photographers, documenting the Opium and Crimean Wars and the British crushing a rebellion in India. A photo of the Temple of Heaven in Beijing gave me a double-take. Except for the weeds on the stairs of his photo, it looked exactly the same as a 2007 photo I took. A nearby gallery of modern photography from Chinese artists was an interesting contrast. 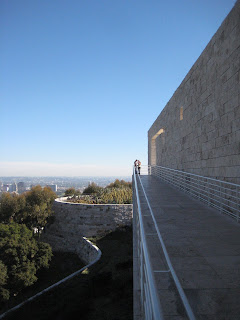 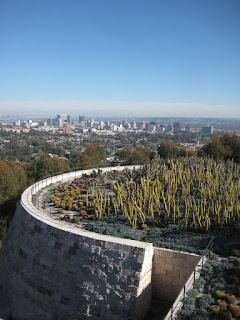 Walking around the museum, I enjoyed how the buildings and stand-alone walls framed the views of the center's gardens, fountains and skyline. One of my favorites was the view of the long travertine wall extending south toward the circular cactus garden above the city. Except for a bit of low-lying smog in the distance, it was a beautiful day with blue skies and scattered clouds. We could see the high rises of Studio City nearby with Downtown Los Angeles off in the distance. When the sun set later in the day, it lit up the snow-covered San Bernardino Mountains to the East. 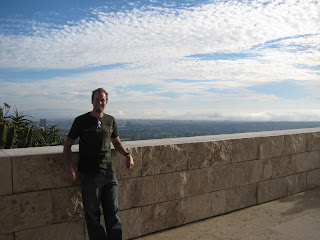 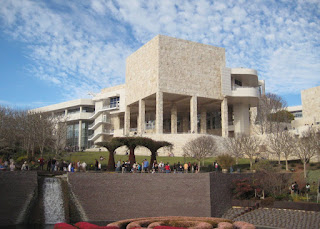 At 3:30, Anna and I took the Sculpture Tour with an art student who works at the Center. Leading us through the pavilions to a few select pieces, she described their importance and history. Near the end, she showed us two amazing wood carvings from the time of the French Revolution. The popular artist was a loyalist to the monarchy and the intricate details held many symbolic images from the ongoing events. The first representing the King defending France against the revolutionaries and the other hoping for a compromise with a Constitutional Monarchy between the King and a new Legislative Assembly in the interim period. 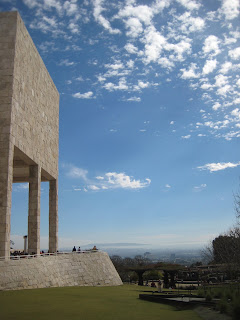 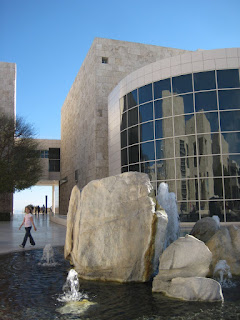 We ended the tour on the outdoor sculpture terrace. Except for photography, the museum's collection is from pre-20th century Europe. In his trust, J. Paul Getty specified that no money could be used to purchase Modern, Asian or American art. Any of the museum's pieces that fall into those category had to be gifted to the Center. All the modern outdoor sculptures spread throughout the center were donated to the museum by Fran and Ray Stark. 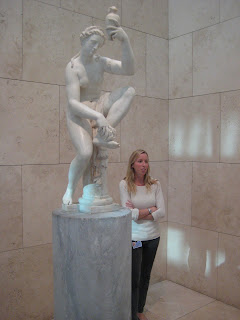 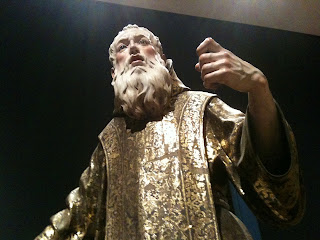 After the tour, we walked down the zigzagging path through the trees to the waterfall in the Central Garden. It is a great place to relax and enjoy the sun. We visited one more exhibition before the center closed, the Polychrome Sculpture of La Rodana. She was a female Spanish artist during the Baroque period and the exhibit showed step-by-step how the painted wooden sculptures were constructed. 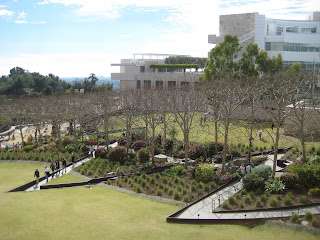 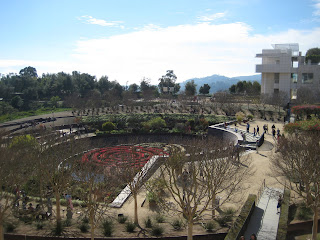 I want to go back someday. It feels like we spent most of our time admiring the outside of the museum, absorbing the amazing views between the brilliant white buildings, long travertine walkways, fountains and gardens. We never even made it to the second floor of the main pavilions where the majority of the painting are displayed. 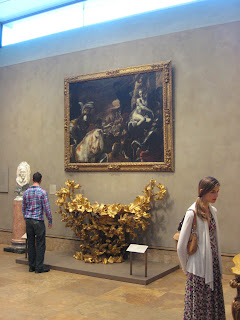 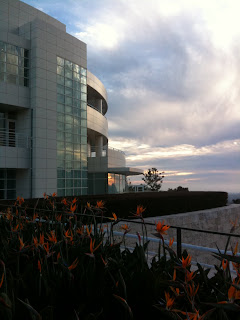 We left after five as the sun was setting, walking down the hill instead of waiting for the tram. Driving home, Anna and I went out of our way to cross over to the I-5 to eat at Portillo's again. I was craving one of their Italian Beef Sandwiches. I have included some pictures below from Cherita's Birthday on Saturday night at the YEN Japanese Restaurant where we had a private karaoke room. 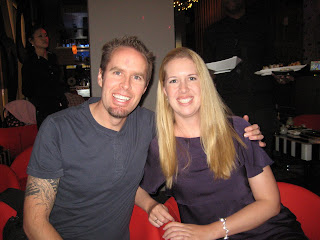 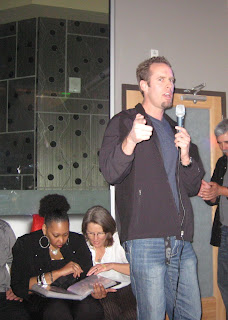 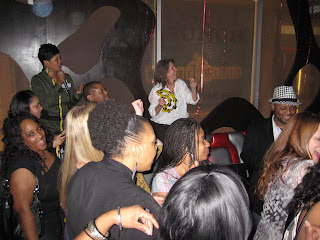 We drove up to Los Angeles early for Cherita's party to visit with some of Anna's friends she mentored while going to school at USC. After we met at their house in South Central LA, we all drove over to the nearby university so Anna could show us around and hang out. It is a beautiful campus to walk around with no cars inside the grounds. 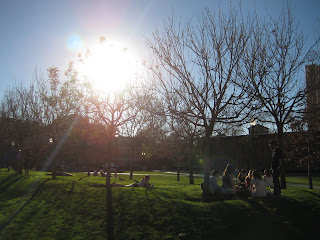 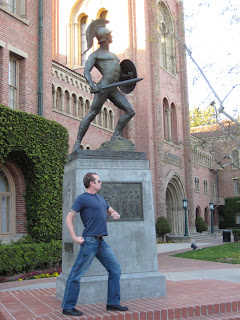 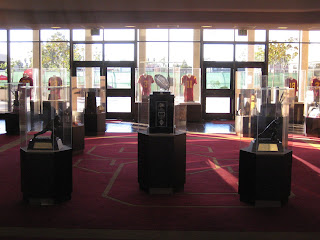 Posted by Noah Unsworth at 8:34 PM