I have been wanting to hike the trails of Calavera Lake for a while now. Despite the fact that I can see the backside of the extinct volcano from my office window, this is the first time we have actually visited this preserve in Carlsbad, CA. Lake Calavera was created in 1940 to store drinking water for the local community. They built the dam from rock and gravel quarried from the small Mount Calavera. The dam is 67 feet high and 490 feet across and can store up to 520 acre-feet of water in the reservoir managed by the Carlsbad Municipal Water District. 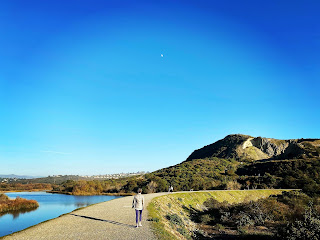 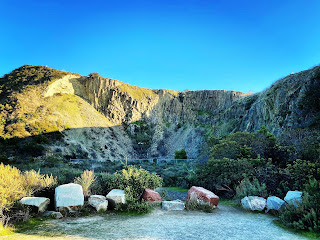 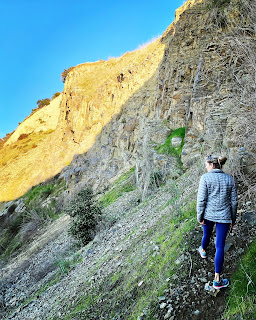 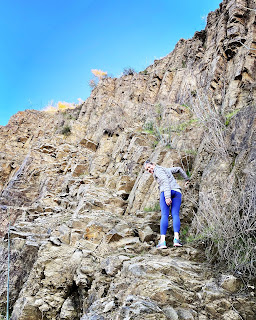 Mount Calavera (Skull Hill) is what is left of one of North America's smallest volcanos and only one of three in Southern California. This extinct volcano erupted 15 to 22 million years ago. The outside of the volcano slowly eroded away over time and all that is left is the volcanic plug that clogged up the throat of the crater. After crossing the dam, we first tried to follow the marked trail on our phone that climbed right up the center of the eroding volcanic plug. We made it 2/3 of the way up, but there was a steep section that we probably could have climbed but I didn't trust the stability of the rock face. The rocks felt a little too loose so we climbed back down. Two guys tried climbing down from the top but they made the same decision at the tricky section right above our heads. 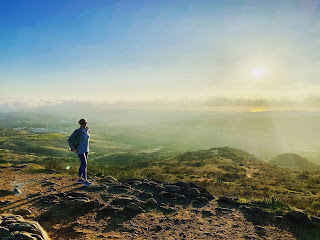 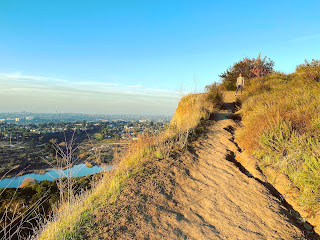 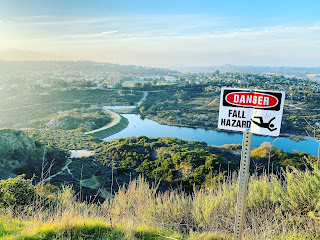 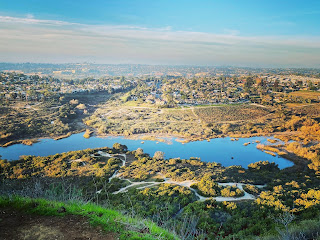 Circling around the back, we hiked up to the 513 foot peak of Mount Calavera. It was sunset so we had great views of the surrounding area. They have warning signs as you approach the steep edge of the cliff overlooking the small lake. In some places, there were sheer drops of over 100 feet. 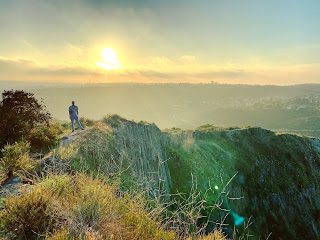 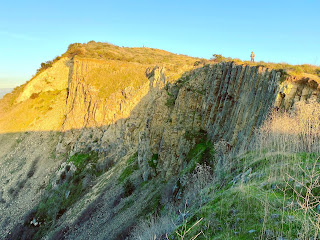 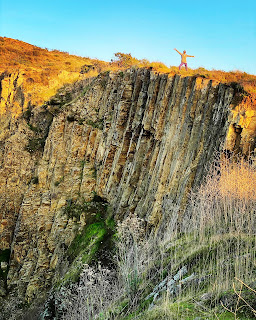 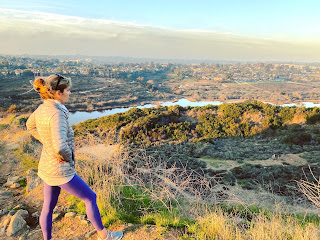 It was a little scary as we walked along the entire edge of the crater. In one spot, the columnar joints are visible along the cliff face where the lava cooled and split into the distinctive six-side columns. With my telephoto lens, I took a nice photo of the tall stack of the Carlsbad Power Plant rising in the orange-colored sky along the coast. 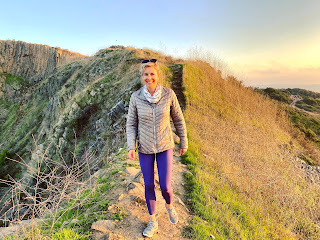 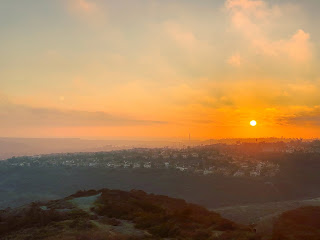 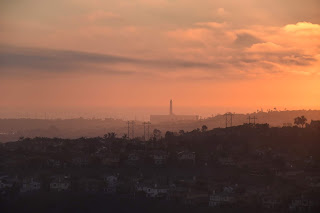 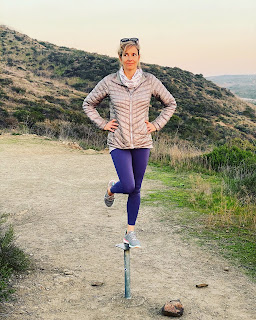 Next time we want to come back and hike the 3.2 trail that circles the lake itself.

Pictures from our 3.66 mile hike around the lake on Saturday. 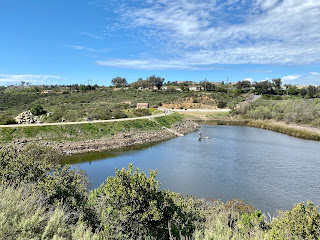 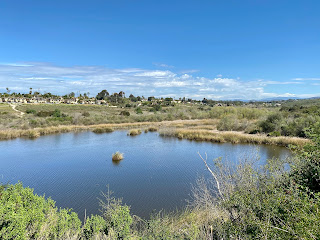 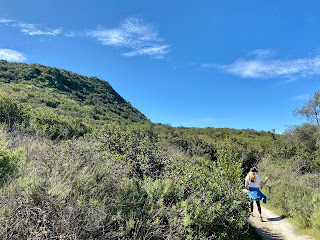 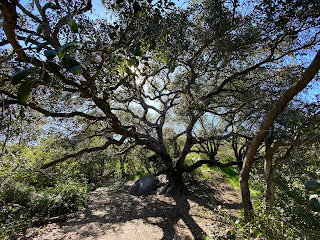