Today, we visited Shelter Island in San Diego Bay.  The 1.2 mile long island was originally a low sandbank that was built up into dry land starting in the 1930's and is connected to the mainland by a causeway. Parking near the Shelter Island Boat Ramp, we walked the length of Shoreline Park, stopping to admire the public art. The Tunaman's Memorial (1986) is a bronze sculpture by Franco Vianello of three fisherman hauling in a giant tunafish. In the center of the island's turnaround is the Yokohama Friendship Bell, a large bronze bell gifted from San Diego's sister city of Yokohama in Japan. At the tip of the island with a great view of Point Loma is the Pacific Spirit statue (2002) and the Pearl of the Pacific fountain (1998), both created by James Hubbell. On our walk back, we passed under the Pacific Portal, a flowing concrete gazebo that replaced the original Rotary Pavilion. 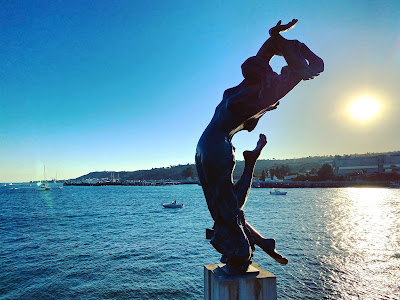 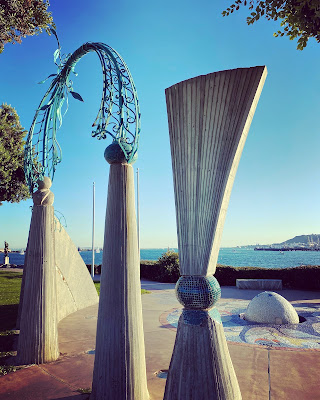 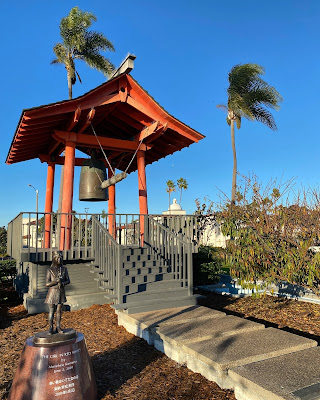 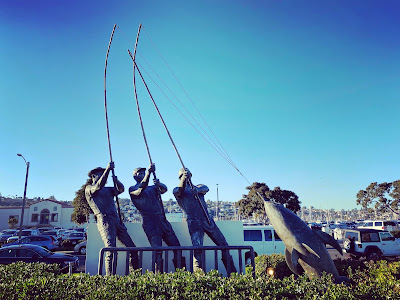 Our friend told us about the famous Mai Tai cocktails at the Bali Hai Restaurant on the other tip of Shelter Island. This Tiki Bar has been around since 1954 and follows the Polynesian theme that was required by the city when the island was first being developed. Sitting in the Lounge, we sipped the extremely strong Mai Tai's and shared the Ali'i Tasting Plate that came with Coconut Shrimp, Tuna Poke, Spinach Lumpia, Beef Skewers and BBQ Ribs. All five were delicious! 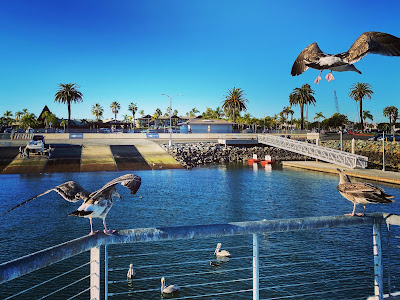 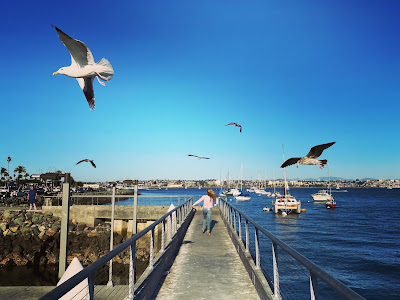 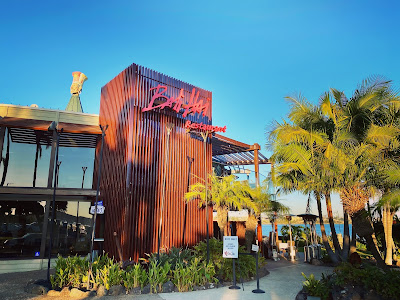 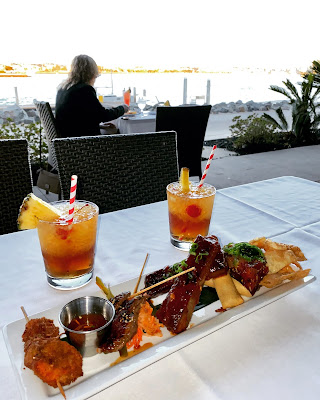 Our table in the lounge had a great view of the San Diego Bay as the sun set behind us and painted the sky pink. The restaurant has its own guest dock, for boats that want to stop for a meal. We watched the Full Moon slowly rise as the boats came into the America's Cup Harbor for the evening. The city lights of Downtown San Diego were fully lit by the time we finished our cocktails. 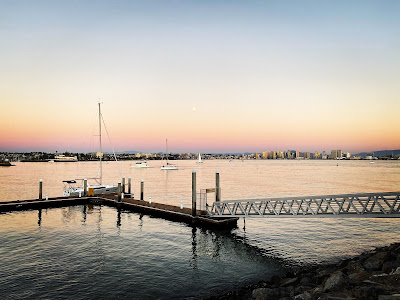 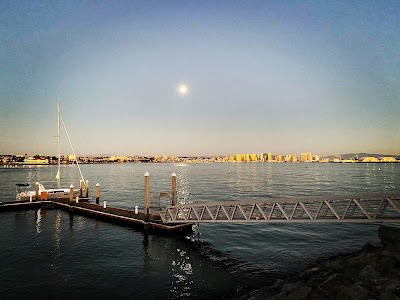 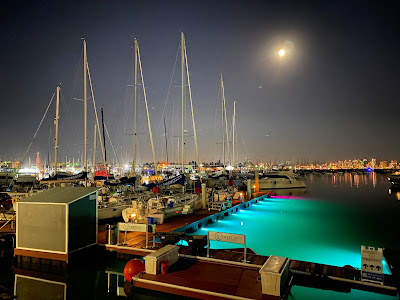 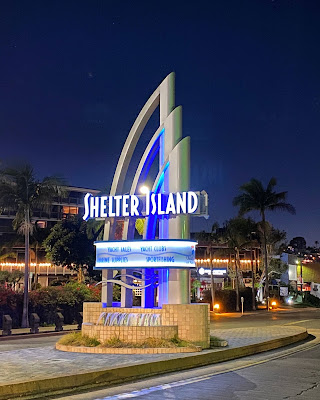 Because we had anticipated the strength of the Mai Tai's, we went for another nice walk along the Shelter Island causeway to the mainland, ending at H&M Landing on the far side of the harbor. After our two walks, we were still pretty hungry after our Bali Hai appetizer so we stopped at the nearby Miguel's Cocina to share some chicken nachos and a salad. It was a good day!