We left Barcelona on Wednesday for Nice and had a really fun 8 hour stopover in Montpellier, France. There was a big music festival with thousands of people crowding the streets with bands on practically every corner. We had a great time untill we boarded our night train after midnight. 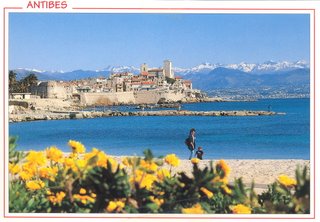 Yesterday we went to the beach in Antibes, which is a short train ride from Nice on the French Riviera. Antibes had a nice sandy beach which was nice compared to the cobblestone beaches we found in Nice. It was very hot and sunny and I was able to work on my tan. 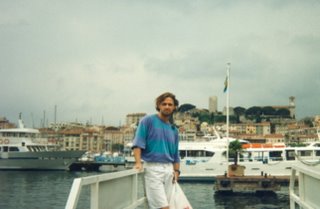 Greg and I got a bit lost looking for the beach. We were navigating the narrow streets and found a long rock wall blocking our access to the sea. We spotted a pretty girl in a bikini walking by and we decided to follow her thinking she would be able to lead us to a beach. We were right. 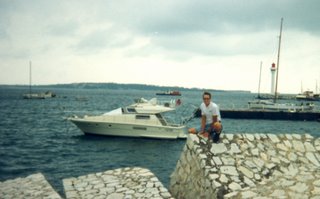 Today we visited Cannes and Monte-Carlo. It was raining & cold so we didn't get to see that much. In Monte-Carlo, we took the poor man's tour by hopping onto the city bus and riding the circular route through the tiny principality. The alternating hot and cold weather we have been having has given me a mild sore throat. Hopefully it won't last long.

p.s. It is pretty weird sleeping with the paper sheets they give us at the Espace Magdan, our hostel in Nice.
Posted by Noah Unsworth at 11:22 PM