July 4th at the Beach

I spent July 4th at the beach with my family and my friend, Chad. It was a bit overcast but the sun finally began to burn through the cloud cover. Chad and I tossed the Frisbee for awhile and went swimming. The water temperature was nice and warm! 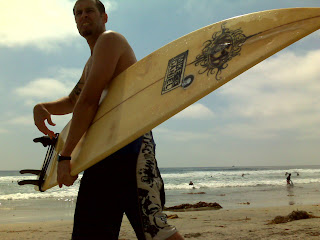 I went out surfing because the waves were good but I got stung by a couple of jellyfish. I saw a big purple one below me as I dropped in on a wave. I don't know when I got hit by the first one but as I was paddling back out my body started to sting all over. It felt like I was being attacked by a swarm of biting gnats. I decided to paddle back into the beach and felt something wrap around my left ankle as I rode up to the sand in some whitewater. I felt the effect right away as my ankle began to burn like it was on fire. 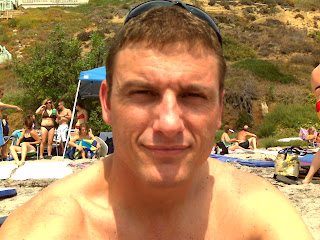 I haven't been stung by a jellyfish since I was a little kid. The lifeguard had some vinegar spray for my ankle, but I don't know much it worked. The stinging lasted for about an hour before fading away. I threw the Frisbee some more with my brother on the crowded beach and Chad grilled up some great burgers with bleu cheese cooked right in the middle of each one. Later that night, Chad and I went to go see "Knocked Up" and "Transformers". They were both great.
Posted by Noah Unsworth at 7:19 PM