On Sunday, Tori and I went for hike with Kenny and Tommy. Mount Calavera (Skull Hill) is what is left of one of North America's smallest volcanos and one of only three in Southern California. This extinct volcano erupted 15 to 22 million years ago. The outside of the volcano slowly eroded away over time and all that is left is the volcanic plug that clogged up the throat of the crater. In the 1940's, rock and gravel was quarried from the raised mound to build a dam for the water reservoir at the base of hill. 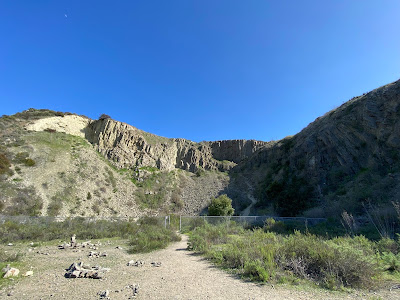 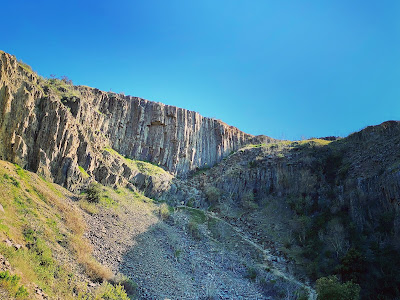 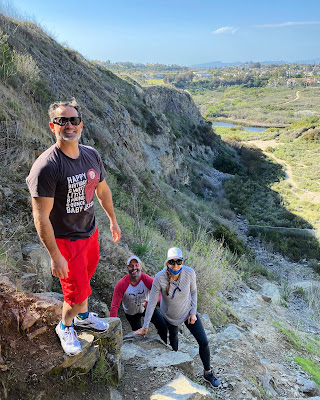 When Tori and I first visited Mount Calavera in January 2020, we reached the summit by hiking up the rear of the volcano after attempting the steeper route through the old quarry. While we had turned back two-thirds of the way up when the trail faded away into loose shale, this time I spotted a different cutback in the cliff face. This new route was steeper, but the rock steps provided solid footing as we scrambled all the way to the top. Success! 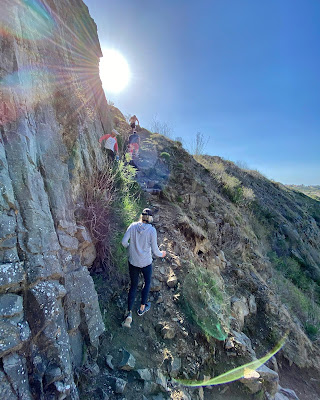 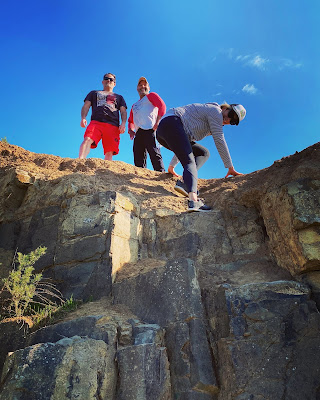 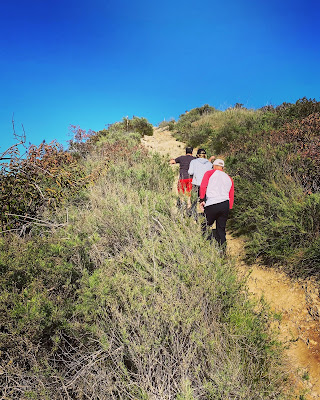 After reaching the lip of cavern, we hiked the rest of the way along the edge of the steep cliff with sharp drop-offs. The summit has great views of Calavera Lake and the surrounding neighborhoods. 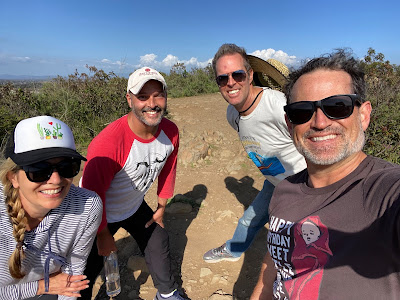 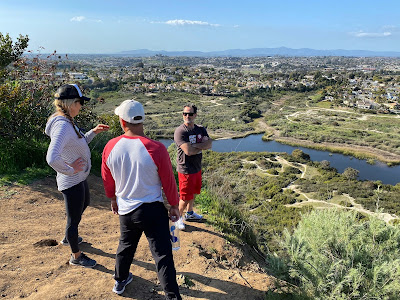 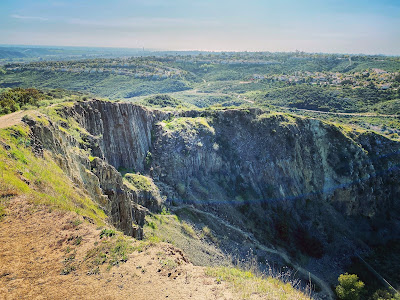 On our way back down, Kenny and Tommy took turns practicing their handstands on the narrow trail despite the uneven ground making it tough. Instead of descending back down the middle of the steep crater, we followed the western ridge all the way down. 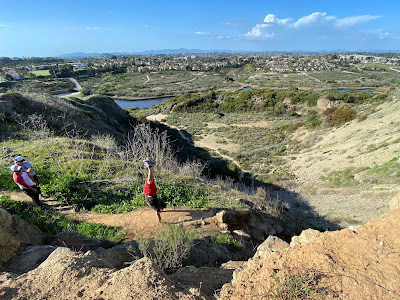 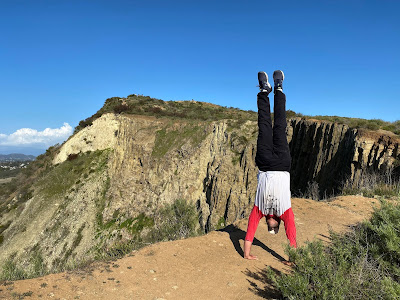 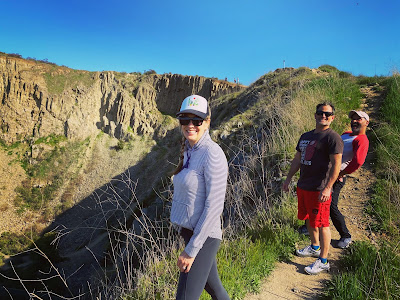 After our hike, we went to eat at Park 101, the outdoor BBQ joint in Carlsbad Village. The brisket was very tender and the seasoned fries were awesome. My favorite item was the daily special, the Green Bean Soup with Andouille Sausage.

Posted by Noah Unsworth at 5:31 PM