After a couple hikes at Veterans Memorial Park, Tori and I decided the Agua Hedionda Lagoon and the 400 foot tall smokestack of the Carlsbad Power Plant would a great backdrop for AcroYoga. We had two new poses that we wanted to try, modified Side Stars where we locked feet to counter-balance the hands-free variations. They were more difficult than they looked and it took us several attempts at each before we could hold them steady. In the 3rd picture, we also revisited another counter-balance pose where I held Tori's lower foot with my hand instead. 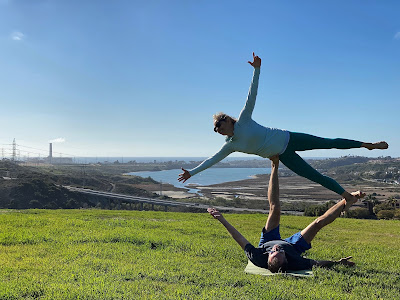 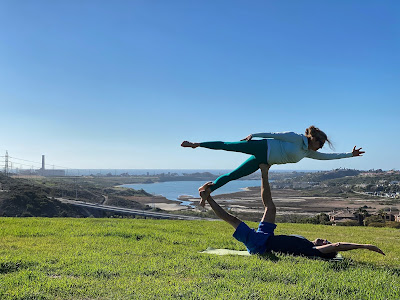 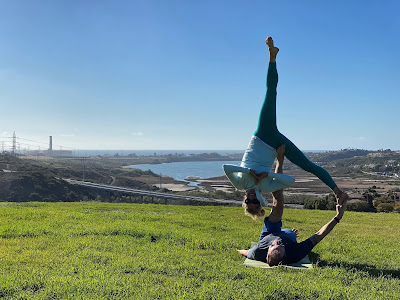 While the park's grassy hills are great for picnics, even the fairly flat spots have a downward slope that made it hard to balance an AcroYoga pose. For the Shin to Foot and Free Star poses, I needed to place a folded mat under my hips to counter the uneven ground. I brought my Nikon in order to zoom in the background but the hills preventing me from placing the telephoto lens far enough away for the full effect. 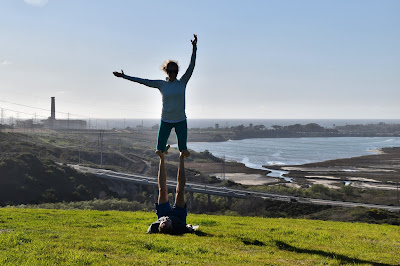 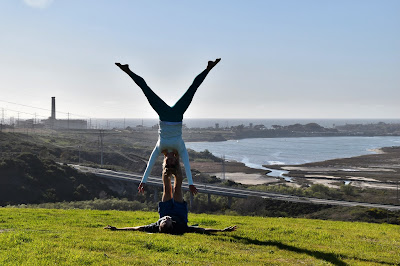 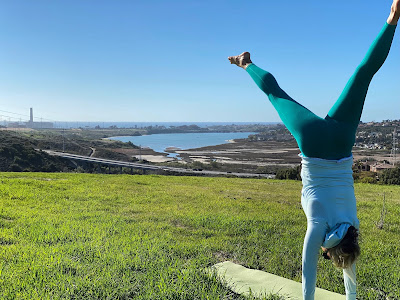 After our successful practice, Tori and I went for another hike around the park's 1.5 mile Loop Trail to cool down. In a previous post, I mentioned the City of Carlsbad's plans to transform the site into a finished park with a veterans memorial, playgrounds, picnic areas, rock climb, bike course, fitness areas and restrooms. The City Council unanimously approved the recommended master plan in concept in February 2021. It looks like the plan will not be finalized until the Fall. 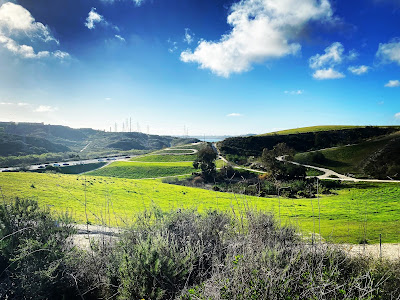 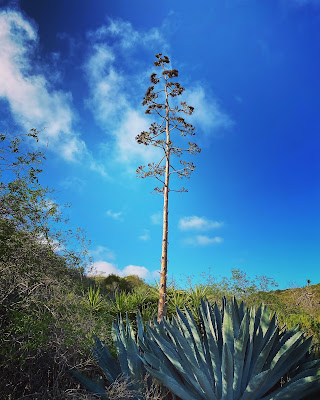 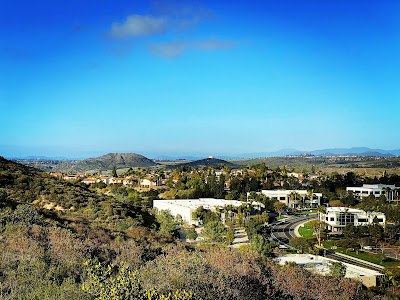 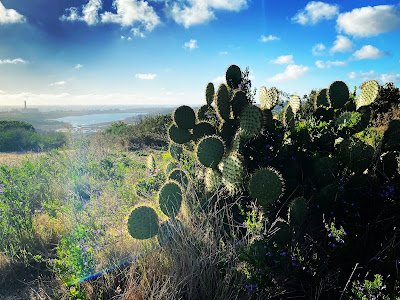 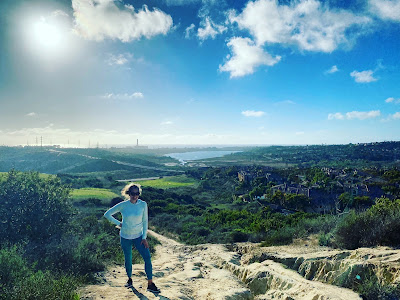 After our walk, we were starving and went to dinner at Norte in Carlsbad Village. It was our first time eating at the Mexican restaurant since the pandemic started. Instead of servers waiting on tables and bringing food, they have outdoor seating and we had to order food take-out style at the counter. It was funny but they have a new Boba Tea sealing machine at the Bar and they were using it to individually seal our margaritas.  :)