Today, Tori and I went to Cabrillo National Monument on the tip of the Point Loma peninsula with Chad and Nicole. Even though I have been to the monument several times, none of us had ever gone down the two mile Bayside Trail. The trail used to be a military access road and we stopped at the old Searchlight Shelter that housed a giant 60-inch searchlight that illuminated the entrance to the San Diego Harbor during World War II. It sat on a 75 foot narrow-gauge track that allowed the men to wheel it out of the shelter at night. Further down the trail was the small power plant holding the gas generators that powered the two searchlights on the point. It was a beautiful day with great views across the bay to North Island Naval Air Station. 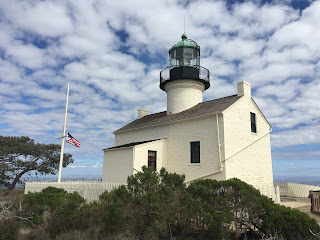 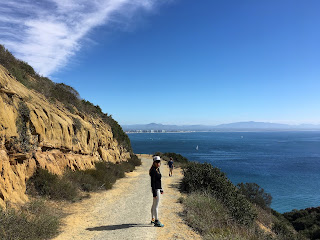 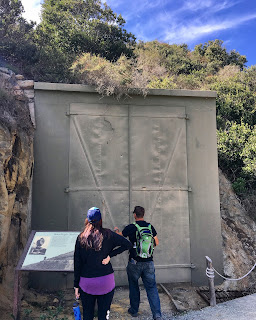 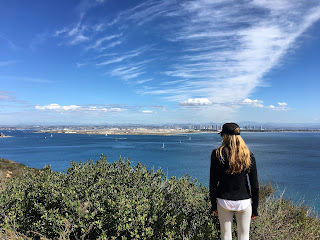 After our short hike, we drove down to the Point Loma Tidepools on the ocean side of the peninsula. It was close to the 10am high-tide so most of the pools were still covered with crashing waves. Since we couldn't study the tidal ecosystem up close, we practiced our Standing Acrobatic poses on the cliff rocks instead. Our Reverse Thighstand looked like the scene from the bow of the Titanic. 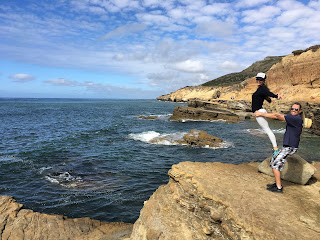 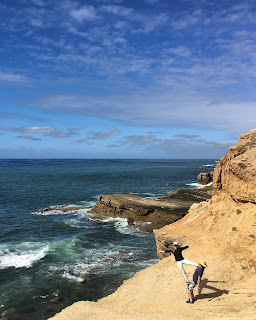 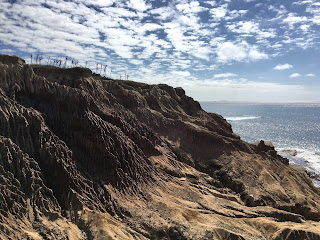 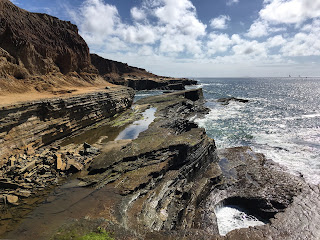 Following the coastal path, we spotted several seals swimming out in the surf. I attempted to take a picture of a small wave splashing into the rocks below me and it sprayed me down petty good. It was our first time visiting this lovely spot despite living in San Diego our whole lives. There were a lot of sail boats off the coast. I am pretty sure we saw the giant foiling wingsail of a racing catamaran. The single black sail towered over the surrounding boats as it quickly overtook them out on the water. 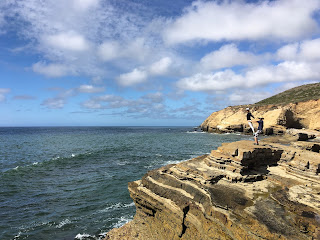 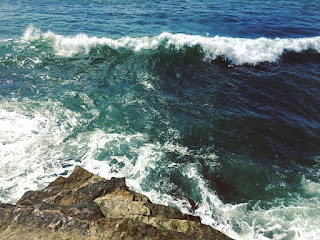 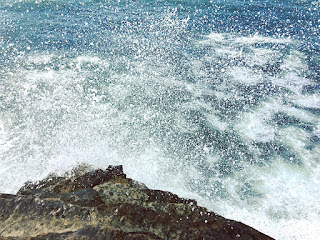 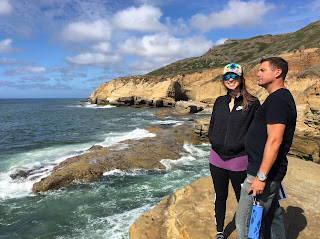 There was about fifty cars waiting in line to enter the park when we left so I am glad we came earlier at 10am. We were all starving so we went for tacos at Barrio Star.  I love their corn tortillas.
Posted by Noah Unsworth at 9:02 PM