We went back to our local beach at sunset to practice our AcroYoga. The tide was low this weekend so we had more room to play. We received a loud cheer in the distance while performing our hands-free Needle Shoulderstand. They walked over afterwards and we had a nice chat. They had never heard of AcroYoga before.

We struggled with some of our more complicated washing machines today, but we always have fun with Ninja Star. My back was covered in sand!

After our practice we went for a walk down the beach to Stonesteps while the sun set into the ocean. It nice and cool on the beach compared to inside our home during this heatwave. 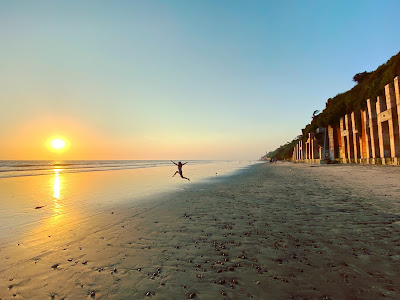 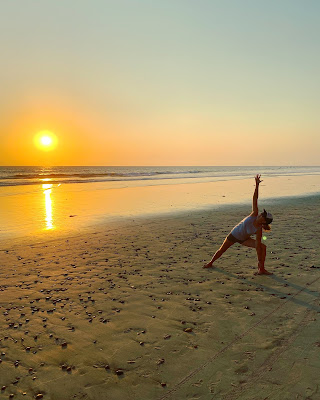 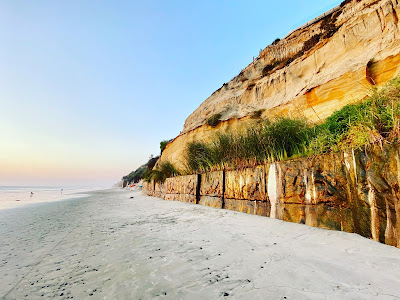 As we walked towards Stonesteps Beach, we passed the recent cliff collapse. It was a small one, but the waves at high tide are slowly eating away at the sandstone and creating an overhang in the areas without a seawall. I don't know if I would risk sitting so close to the eroding bluff after the three people died from a collapse last year near Grandview Beach. 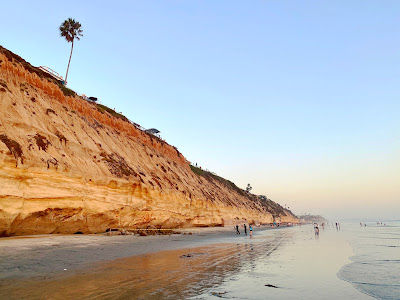 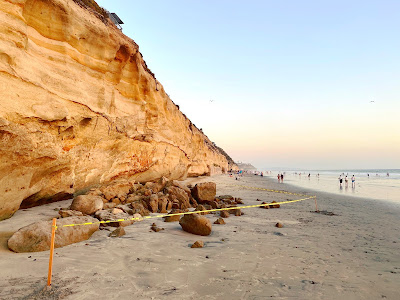 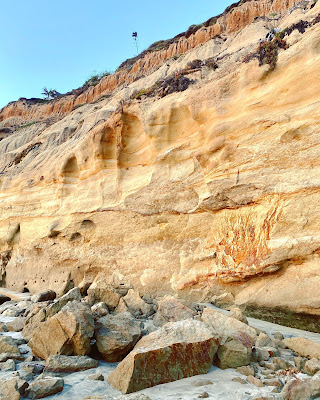 Returning home from the beach, we walked down the street to eat at Kai Ola. We have eaten here many times but it was our first time eating in the outdoor corridor between them and Solterra Winery. We shared the Rajin Cajun Tuna Sashimi, delicious with the avocado and cajun seasoning. Tori ordered the Grand View Roll while I had the Chicken Katsu. I love their potato salad! 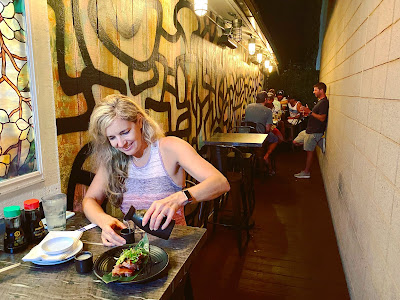 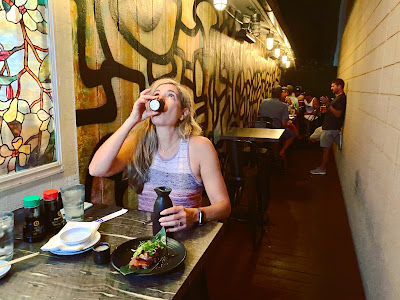 On Sunday, we went for another beach walk. Starting at Beacons, we walked all the way south to Moonlight Beach and ate an early dinner in Downtown Encinitas. It was our first time checking out the Outdoor Seating set up in the parking spots along the Coast Highway. We would have eaten there but it was still too sunny on that side of the street so we ate in the shade at Beachside Bar & Grill. 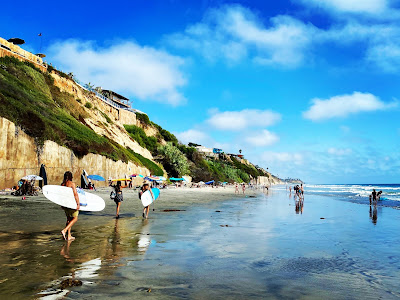 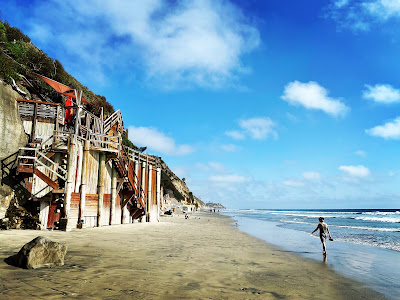 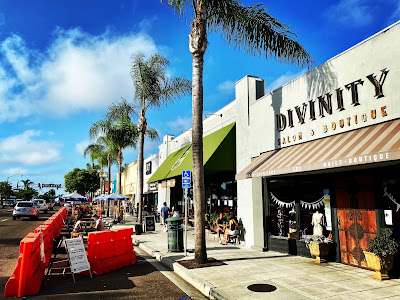 The sun was setting as we walked back home along the beach. One of the V-22 Osprey aircraft from the U.S. Marines flew past us along the coast. It was moving slow with its tilt-rotors in helicopter mode. This transport craft replaced the CH-46 Sea Knight helicopters. 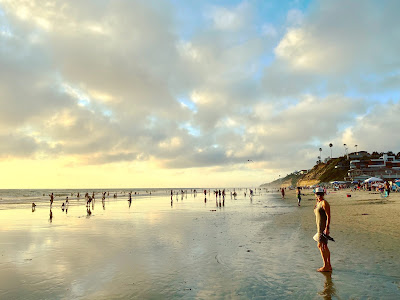 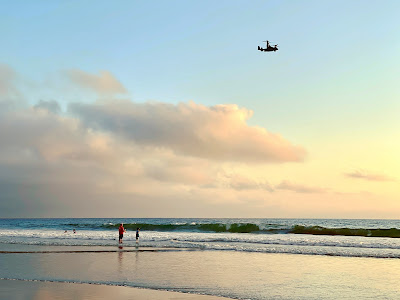 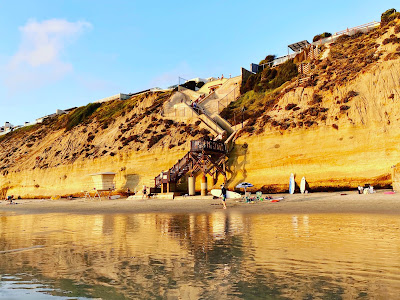 The clouds were reflecting off the wet sand at low tide as we stopped to practice our Counter Balancing poses. We tried a new variant of the Reverse Thigh Stand where I held lower on Tori's legs above the knees instead of at her hips. We both liked this version better! 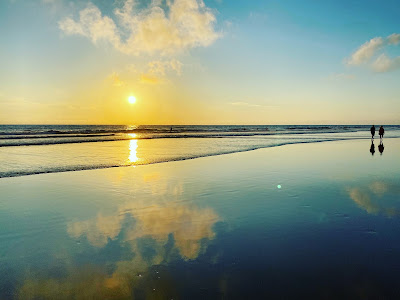 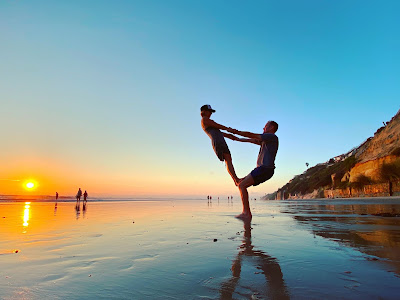 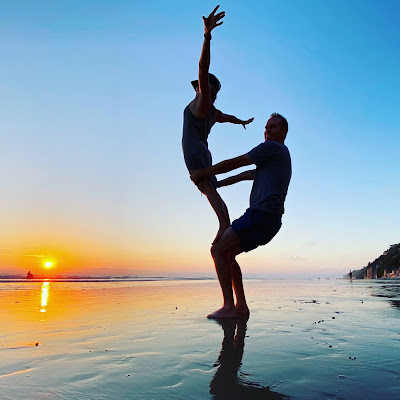 We went for another walk on Beacons Beach the following weekend. We planned to walk north, but the surf was too high against the protruding Seawall. 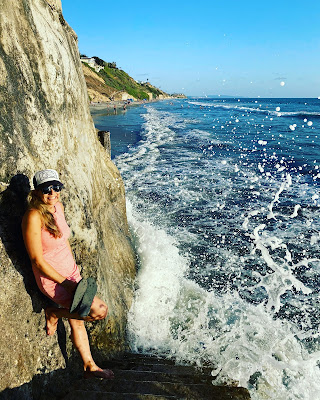 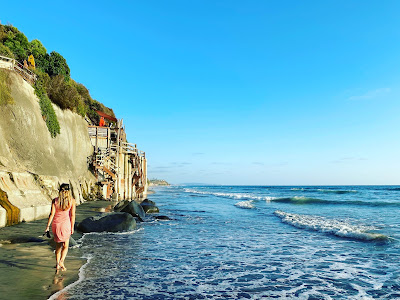 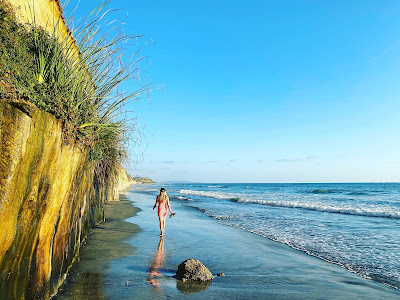 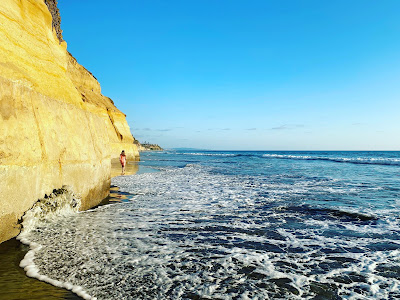 We walked down to Stonesteps Beach and back. The High Tide was coming in against the seawalls but it wasn't too bad on the South Side of Beacons. 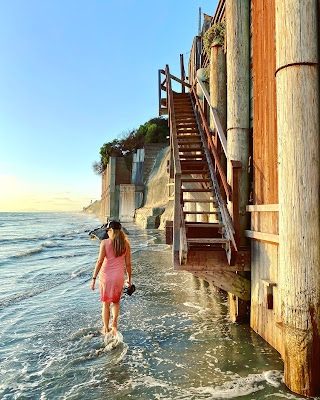 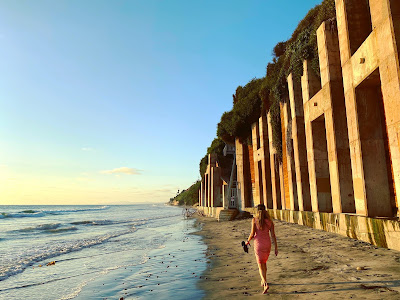 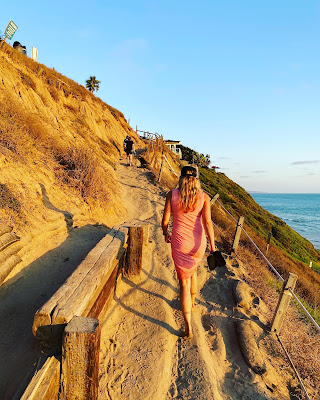 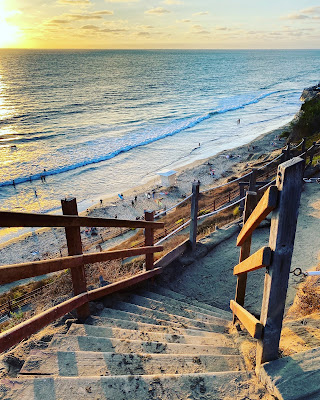