Flying Trapeze - Back into the Catch Trap

Tori and I filled in for Lianna and Isaac today at Trapeze High for the 10 and Noon classes. It was great to get back up on the board and biscuit for the trapeze flyers. Tori pulled safety lines during the first class. Afterwards, her voice was worn out from shouting instructions for over an hour. 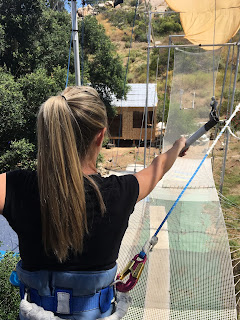 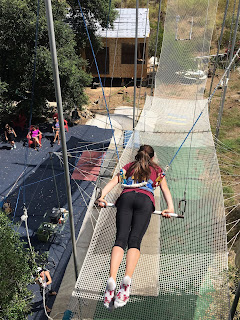 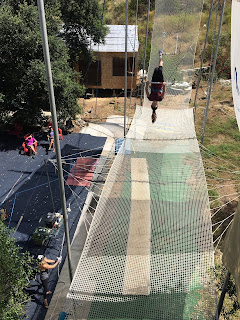 I hadn't caught a class in almost two years since I injured the psoas muscle in my left hip but since the first class was only half full with smaller flyers I decided to climb back up into the catch trap. Even with a healed hip, I was concerned about my endurance after the long layoff but I held up for the 11 catch locks required. In the video below, Tori is pulling lines as I catch Evie's Half Time Straight Jump.

I thought about taking the Kiiker for a spin after the noon class but I didn't want to wear myself out too much before our AcroYoga Jam later in the day. The Kiiking Swing is one of the most exhausting activities I have ever done. I did take a picture of Stephanie going over the top. 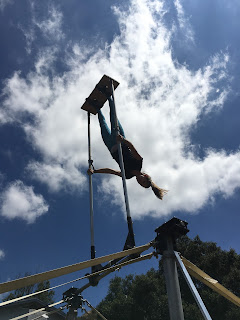 Posted by Noah Unsworth at 4:54 PM