We went to Glen Ivy Hot Springs today on our day off from work. While Tori has been several times as a child, I have never been. We wanted to get there when it first opened at 9am so we stayed Thursday night at the Holiday Inn Express twenty minutes away in Lake Elsinore. (My grandfather was the mayor of Lake Elsinore back in the eighties.) After entering the resort and stopping for Tori's coffee in the cafe, our friends, Jill and Kenny arrived to spend the day with us. Our first stop was soaking in the warm Saline Pool filled with Epsom Salts. We then moved on the Plunge Pools, alternating between five minutes in the hot pool and one minute in the freezing pool. 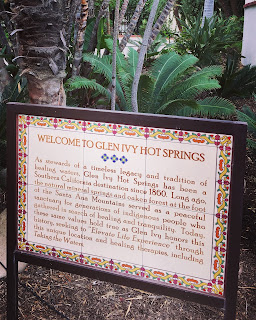 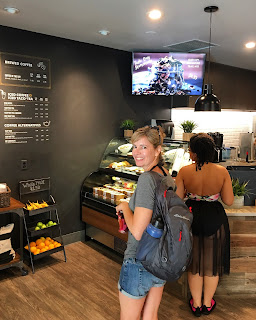 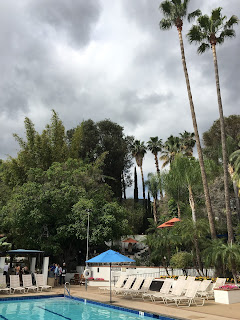 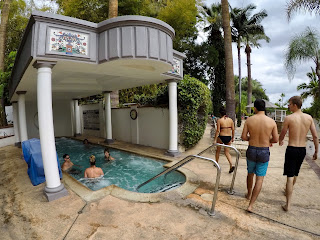 The morning clouds burned off by 10am as we prepared to enter The Grotto for our hydration treatment. After taking the elevator down into the underground grotto, the attendants painted our bodies with a green body masque of aloe vera, coconut oil, shea butter, eucalyptus, and lavender. We relaxed in the warm hydration chamber for about twenty minutes as our skin absorbed the nutrients. After showering off the slippery coating, we hung out in the cool chamber next to the waterfall as we drank tea. Kenny crafted a unique concoction from the available tea bags and added some apple slices. It was very tasty. 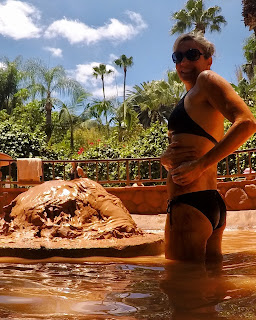 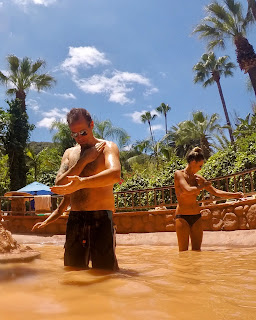 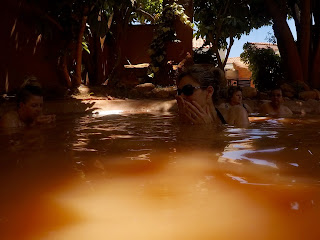 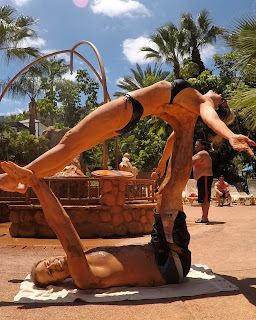 After leaving the Grotto, we visited Club Mud where we rubbed our bodies with the red clay mud. It made us look like we had great tans. After letting our mud coats dry in the sun, we washed it off in the geothermal waters. We were really hungry so we ate lunch at Cafe Sole where Tori and I shared a chicken caesar salad and panini. Both were very good. The nachos looked amazing but the line for them looked a little long. After lunch, we floated in the shallow waters of the Lounge Pool where we ran into Lauren who was spending the day at the spa with her friends as well. We also spent some time in the Vista Pool which mostly had a view of the parking lot but we could also see down into the yoga class held under the pavilion. 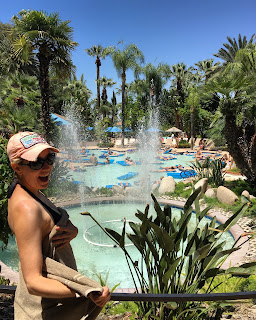 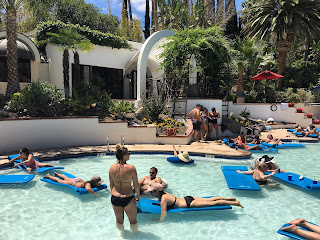 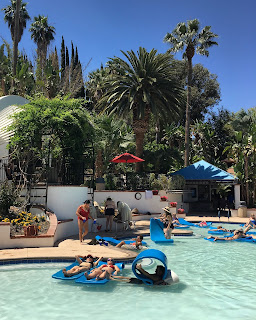 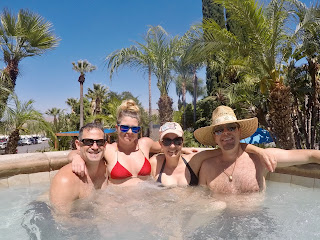 Ordering some drinks, we entered the Mineral Baths. Kenny and Jill called them the Fart Baths after the sulfurous smelling water. Glen Ivy was called Temescal Sulfur Springs when they opened in 1860. When we got overheated, we moved over to the cool, refreshing water of the Lap Pool where we played with some Standing Acro poses in the pool. The water made it easier for some of the poses but actually made it tougher for Counter Balancing since it threw off the delicate weight distribution. After a trip to the new saunas and the steam room, we called it a day and got ready to go home. While Kenny and I had the men's locker rooms practically to ourselves, Tori said the women's area was super crowded and she barely got access to a shower as so many ladies were primping for a night out. 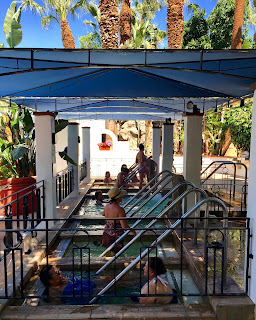 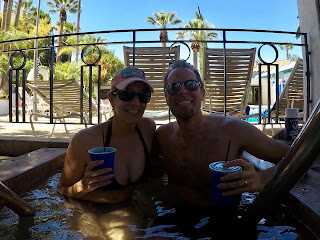 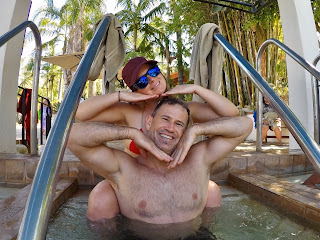 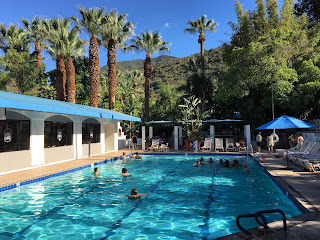 After seeing the nachos at lunch, I was craving them by the time we got home so we stopped at Las Olas in Carlsbad for dinner. They were great with some margaritas!
Posted by Noah Unsworth at 9:30 PM