Tori and I took Friday off from work. After making homemade crepes with maple butter we brought back from Montreal, we headed over to the San Elijo Lagoon to hike the narrow sandstone canyons. Sections of the lagoon trail were closed due to construction on the I-5 Freeway and Coast Highway, but it was open between them on the Solana Beach side. We parked and entered the ecological reserve at the North Rios entrance. 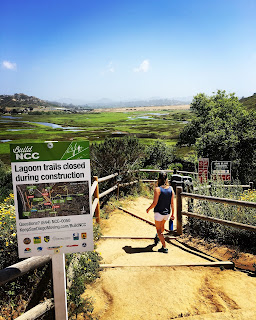 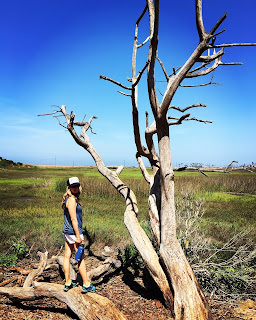 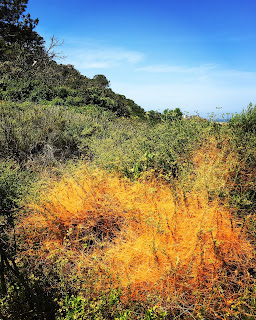 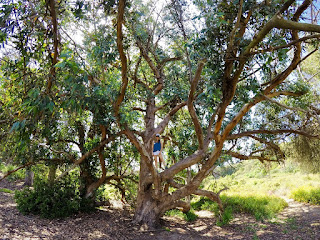 After a rainy winter, there were lots of flowers along the trail. Tori and I were curious about the bright tangles of orange vines among the foliage. We initially took a wrong turnoff and ended up near the Holmwood trailhead but we didn't mind since there was a large shady tree with nice thick branches to climb. Backtracking down the trail, we continued on our original path until we found Annie's Canyon Trail. A sign at the fork pointed to the more moderate viewpoint trail or the more strenuous ascent through the narrow slot canyons. 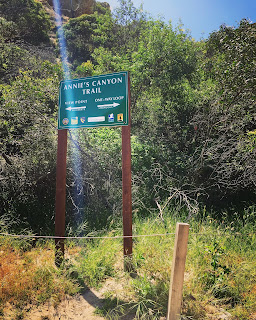 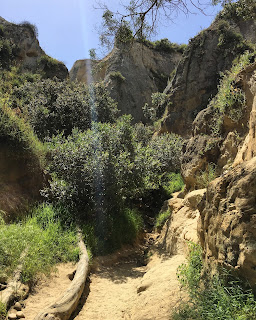 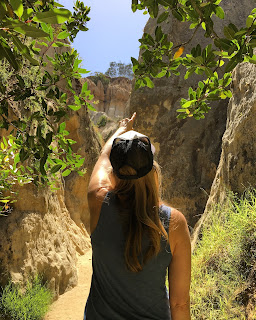 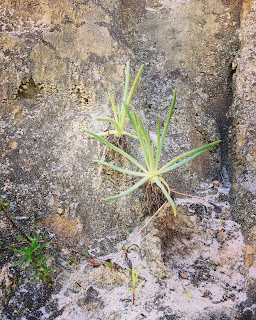 Even though Tori and I have lived here our whole lives, we had never visited the Mushroom Caves area. This place used to be off-limits but that didn't stop people from coming into the slot canyons anyway and vandalizing the walls so the lagoon conservatory opened up this official trail with the help of a donor (named Annie) to help limit the damage. At first the canyon trail was fairly wide with the narrower side channels blocked off with hanging chains for their protection. On a few of the walls, Tori spotted a type of ice plant growing out of the sandstone. 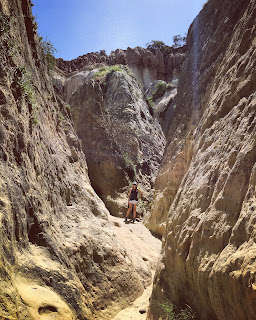 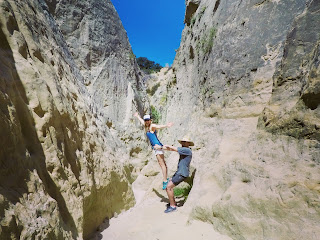 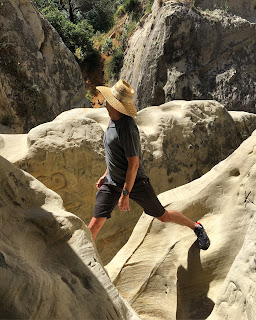 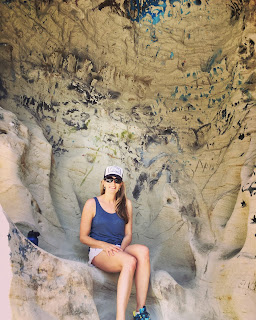 Tori and I found a fairly flat area to attempt a Reverse Thigh Stand before the trail detoured to climb rapidly up a narrow corridor. Weaving back and forth in the narrow slot canyon, we found one of the original mushroom cave party spots filled with graffiti. Beyond, the slot canyon grew even tighter. At this point we wished we had brought a backpack to carry our water bottles because we needed both hands to work our way up the constricted path. Near the top, the sandstone turned from tan yellow to a bright white and we found a ladder to help us climb up the last steep section. 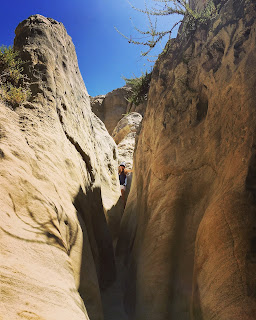 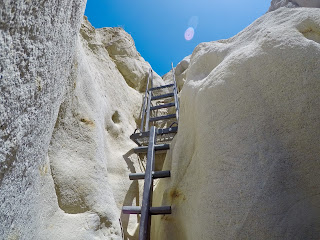 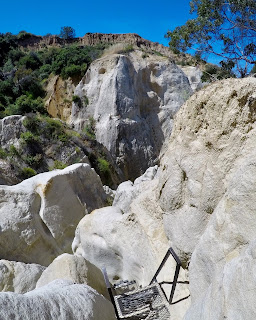 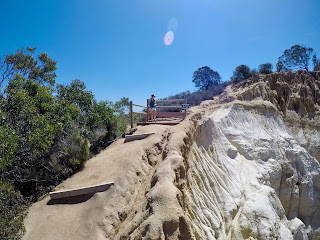 Exiting the canyon, we arrived at the viewpoint sitting at the top of the moderate route. At 200 feet elevation, it had great views of San Elijo Lagoon as well as the earth-moving work around the freeway nearby as we practiced our different variations of the Thigh Stand. After descending, we took a different trail that followed the edge of the lagoon back to our car. With all the wild flowers and surrounding green landscape, it almost didn't look like dry Southern California. 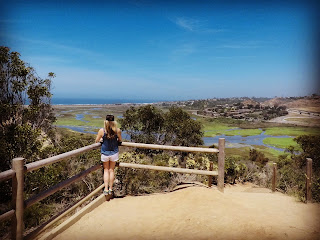 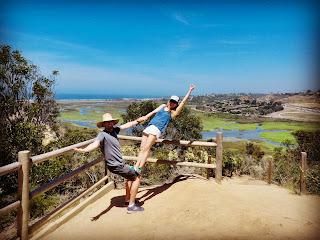 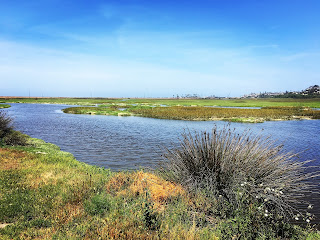 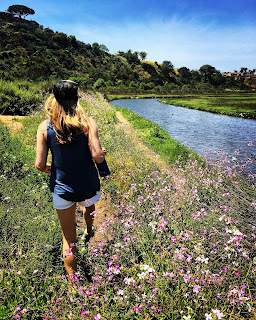 After our fun hike, we ate lunch at The Lanai where Tori ordered the Poke Bowl and I enjoyed the Blackened Ahi Tacos. They were so flavorful! We spent the rest of our day off assisting Nathan in teaching his AcroYoga class at Aerial Revolution. 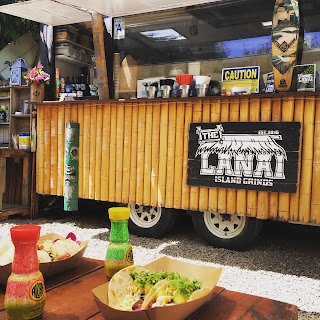 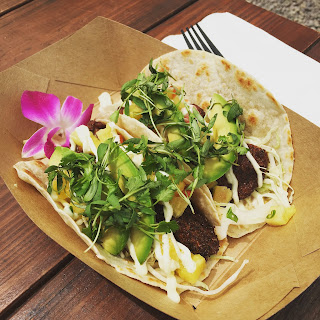 Posted by Noah Unsworth at 8:38 PM