On Memorial Day, Tori and I went for a walk on Saint Malo Beach in South Oceanside. It was high tide so we had to run between the beach stairs to escape the waves. The wood-shingled houses along this shore were built to mimic the ones on the island of Saint Malo off the Normandy coast of France. They are part of the first gated community in San Diego. Built in the 1920’s, the beach houses were a getaway for the wealthy elite of Los Angeles. Harpo Marx and Al Capone were among the notable guests. 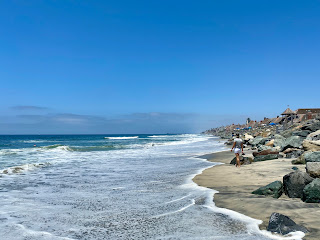 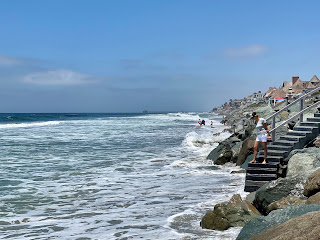 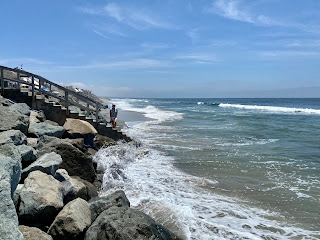 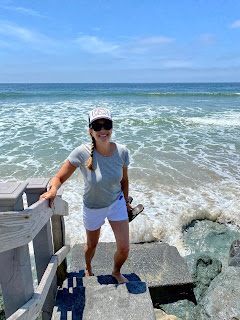 Saint Malo Beach is just north of the outlet to the Buena Vista Lagoon that separates the cities of Oceanside and Carlsbad. This used to be a saltwater lagoon but it changed to freshwater after the Saint Malo community built a small dam in the 1940's to block its connection to the ocean. There is debate on whether it should be returned to its original brackish state like the region's other lagoons but no decision has been made. The lagoon is home to the Buena Vista Audubon Society Nature Center and is California's first Ecological Reserve in 1968. While the Carlsbad City Beach was completely open to sun bathers, the Carlsbad State Beach was restricted to walking and water sports only due to the Coronavirus. You can see the difference in the crowds in the two photos I took below. 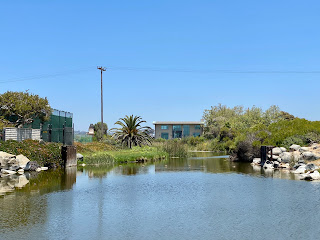 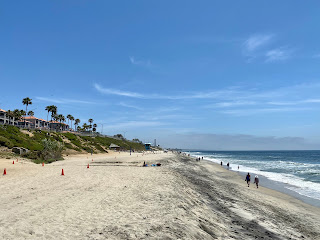 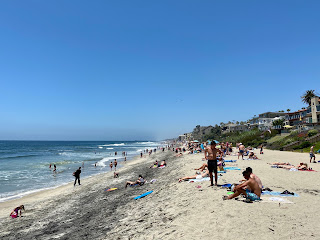 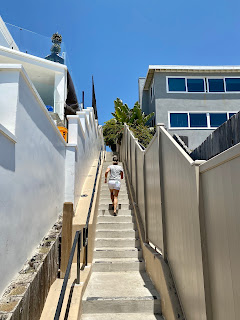