I'm in Denmark now but I took a long roundabout way to get here. When I first arrived in Paris I tried calling Aude in Brest, France to visit her and her family. I got no answer after several tries so I decided, "What the Hell!" and jumped the next train. Brest is located far out the northern peninsula of France and it was quite a long train ride that took most of the day. Arriving in town, I called Aude from the station. Damn! She already had relatives staying and told me to come to Brest on the 21st and she would meet me at the station. I didn't tell her on the phone that I was already in town, I just hopped the night train back to Paris. 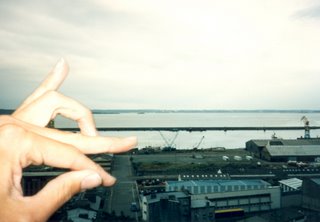 Back in Paris in the morning I decided to head to Denmark. On the train to Hamburg, Germany I started chatting with someone who I thought was an American. He turned out to be Roberto from Brazil but he had a very American accent from his time as an exchange student. It turned out he and his friend, Marcio, were going to Copenhagen as well. We decided to travel together after going to get pizza and beer in Hamburg while we were waiting for the night train. The night train was very crowded and we got very little sleep in the little compartment jammed with people. The only interesting part was when the train was loaded onto a ferry to cross into Denmark. 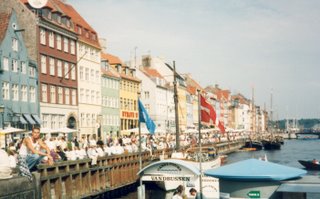 We arrived in Copenhagen yesterday morning and met four more Brazilians. We all got a room together at the Jorgenson Hostel and then went walking around the city. There are lots of beautiful women here. We went and checked out the old port of Nyhavn with its colorful houses along the large canal full of boats. It was a fun place, crowded with people. When it got dark, we went to the Tivoli Gardens, an amusement park in center of the city next to the Town Hall Square. It is full of bright lights and fun carnival rides. 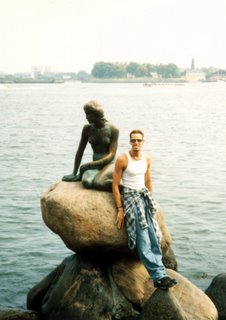 Today we went to Kastellet, a old medieval fortification in the shape of a pentagram, and checked out the nearby statue of the Little Mermaid put there in 1913. We explored more of Copenhagen today. I think this is one of my favorite cities so far. There are a lot of entertainers working on the streets and are fun to watch. Denmark is famous for their Amber and there are tons of shops selling it here. 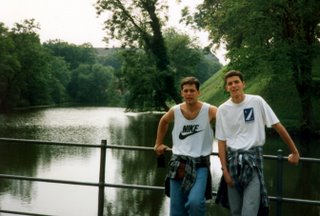 Tonight, I called Jurgen in Germany, we planned to meet up next Wednesday at his house in Koblenz. If it is sunny, I am going to the beach tomorrow. 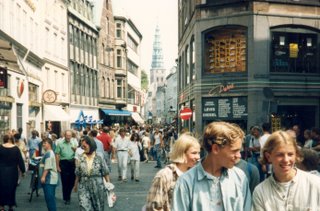 p.s. I was hoping to ride one of the free yellow bikes while here in Copenhagen. The city tried an experiment earlier this summer by placing yellow bikes in special racks that anyone can borrow. You put in a 20 kroner piece which you get back when the bike is returned but the racks were always empty whenever I checked. The locals told me they disappeared right away and are almost never returned.
Posted by Noah Unsworth at 10:45 PM