I am in Ireland now. The countryside was very beautiful as I took the train up the coastline to Dublin. We chugged alongside cliffs with great views of the Irish Sea. It was one of the most scenic train rides I have taken so far. 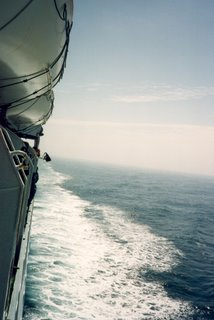 The ferry to get to Ireland took 20 hours. After boarding, I watched the movie "Circle of Friends" and ended up sleeping in a big chair that was pretty comfortable. My EuroRail pass covers only the ferry ride, not a cabin. I woke around 8:00am and spent the rest of the trip up on deck. It was a nice sunny day so I worked on my tan until I arrived in Rosslare at 3:00pm on Thursday and then hopped the train to Dublin. 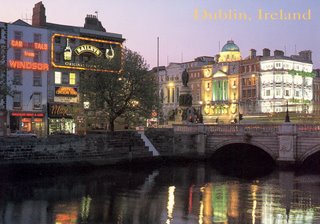 Dublin is very crowded so it took me awhile to find a hostel with an available bed when I arrived around twilight. The Irish people are very friendly. When I went to get some cash from an ATM I ended up chatting with an Irish guy and then going to get a bite to eat with him. I watched some MTV at the hostel and ended the night early so I could catch up on some sleep. 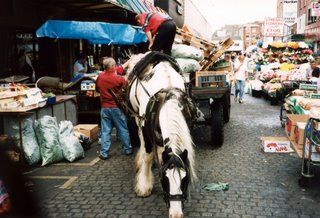 Yesterday, I walked all over the city after having an Irish Breakfast. I went to Trinity College, the O'Connell Street & Bridge and ate some chips at Dublin's Castle. I also spent a lot of time hanging out at St. Stephen's Green. I saw "Batman Forever" in the evening at a giant theater. The movie sucked but the theater was interesting in that you get an assigned numbered seat on your ticket instead of first-come first-serve seating that I am used to in the US. 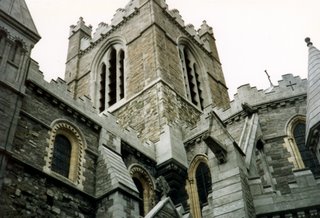 Today, I am on the train to Tralee on the west coast of Ireland near the Dingle Peninsula. Traveling through the countryside, I now truly understand why the color green is so associated with Ireland.

p.s. All over the city all through the day, you can hear the cry of "Tobacco" as street vendors walk the streets selling their pouches of tobacco. I guess everyone rolls their own here.
Posted by Noah Unsworth at 11:33 AM